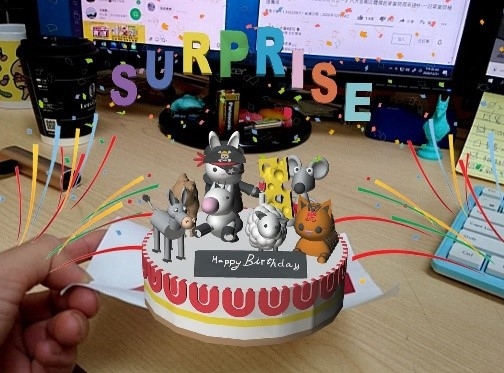 Cases of using augmented reality on interactive games are getting more and more interesting and diverse. Besides the well-known “Pokémon” series, AR has also been used on puzzle board games widely, the “UNLOCK!” series are the most outstanding ones. Whether the Cheshire Cat from “IN PURSUIT OF THE WHITE RABBIT”, or the investigation scene in “MISSION #07”, AR has served each one’s scenario perfectly, which also enhances the gameplay and immersion for players.

Designed by the author, "Sleepwalking in Chibi" is a puzzle board game using AR target image to trigger. Players will set off a journey in the painted world of Imitating Zhao Bosu’s “Latter Ode on the Red Cliff”, a famous painting created by Wen Zhengming, where the characters will come alive through AR, traveling along with players in Chibi. My latest creation, “My first AR Puzzle Pop-up Book” has

used the 3D model function in the MAKAR editor. Players can scan four different physical rooms and objects through AR from an English pop-up book, to search for hidden animals and clues. While players are reading and playing, they can learn the basic vocabularies of small animals and interior space at the same time. 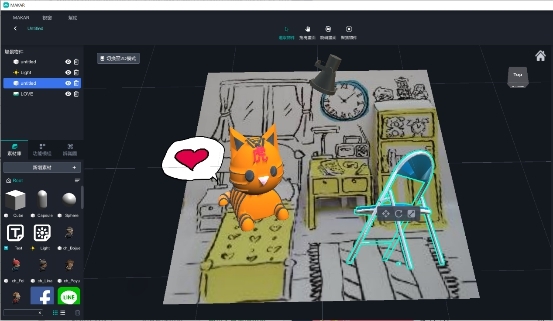 The process of game design can separate into four major states: First, a desired game theme and present way would be set up in the early development. Take “My first AR Puzzle Pop-up Book” for example, the goal is to combine a physical English pop-up book with AR exploration to attract player’s curiosity about the story. Next is to create the pop-up book, design the puzzle levels, and make puzzle-solving items appear in the level. At last, connect all target models and images to the MAKAR editor. 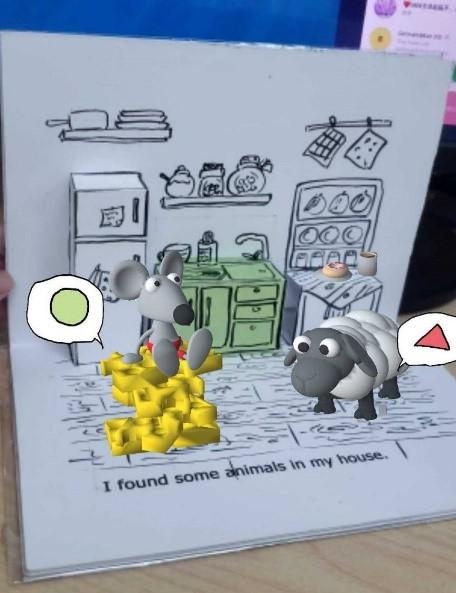 By using target models and images, players can trigger multiple hidden objects in a single scene, uncover a cute and suspenseful mystery inside these rooms. Combined with 3D objects can also create the interactive experience of perception, with perception, you can create various visual effects, such as view obstruct and hidden objects. Finish the puzzle and scan it. Can you tell who’s hiding behind that pyramid? 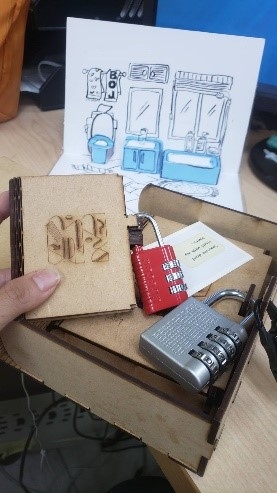 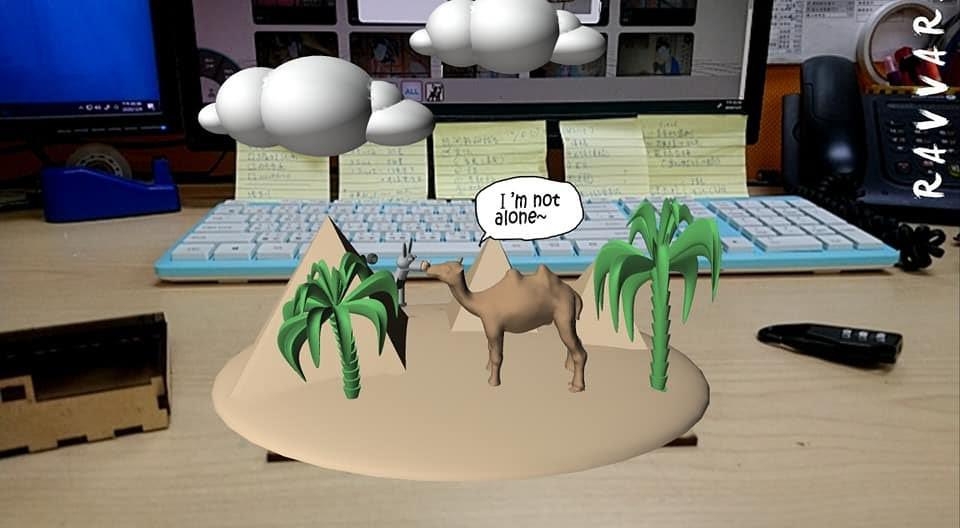 Though using AR isn’t necessary for games, if we let it perfectly match the stories with the right visual effects, we can set an impressive and unique user experience. I expect there will be more brilliant AR ideas appearing in the near future, born to widen our horizon.